After being presented with the Icon Award at the 2019 BET Awards, he offered a moving speech thanking BET and explaining that much of what motivates him is “wanting black women to know they are worthy.”

“Rather than being an icon, I want to be an inspiration,” he told those in attendance as they gave him a standing ovation. “So, thank you BET, my new family, thank you everybody. I want you to hear this: every dreamer in this room, there’s people whose lives are tied into your dream, own your stuff, own your business, own your way.”

Backstage, he reiterated his message of empowerment: “It’s important for all of us know. We got to do it.”

“We all got to help each other. What good is one person making it if somebody else can’t make it and someone else can’t make it,” he continued. “Like Maya Angelou said, ‘When you learn, teach.’ That’s what it’s about for me, man, holding the door open.”

Prior to the show, ET’s Kevin Frazier spoke with Perry about accepting the prestigious award from his collaborators at BET.

These are just the latest projects from a man who is generating content at a rapid pace, including breathing new life into his most beloved character. In February, Perry spoke with ET at a screening for A Madea Family Funeral, where he chatted about the possibility of creating a film showcasing Madea as a younger woman. 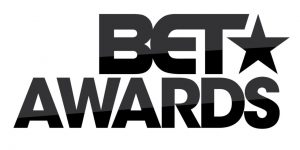 “That’s an idea that I’m thinking of doing,” Perry said. “Letting it go back to the ’70s and seeing an actress actually play her in that time.”

When asked who should play a young Madea, he answered, “I don’t know. I got some people in mind, but we’ll see.”

With A Medea Family Funeral, Perry bid farewell to portraying the character. The occasion caused him to admit that he’s ready to say goodbye.

“I’m looking forward to the next chapter,” Perry said. “I’m turning 50 this year and I don’t want to be [Madea’s] age playing her so…”

Baba U Too Much (Remix) by D Jaze ft Ludera Dave...

ABOUT US
WocaMusic is Nigeria's No.1 Gospel Music/Entertainment Website created as a means to promote and celebrate Gospel entertainment both in and outside the catholic church with features like inspirational content, News, Sermons, Response-rial Psalm, Latin Chants, Podcasts etc. WocaMusic.com is dedicated to promoting gospel content.
Contact us: music@wowcatholic.com
FOLLOW US
© 2021 WOCA Music Powered by WOWCATHOLIC.COM
MORE STORIES

The Best Gospel Songs Of All Time – Wocamusic.com

Deitrick Haddon Stars in Movie “Sins Of The Father”